The 7 chakras are the main energy centers in the human body. They are like doors, or vortexes, allowing the energy exchange between the body and the universe.
They allow the energy to flow and circulate inside the body itself. The chakras interact with the physical body mainly through the endocrine system and the nervous system. Each of the seven main Chakras are associated with one of the five endocrine system regions and also with a particular group of nerves called a Plexus.
Very often, the energy becomes congested in the chakras, because of past emotions, traumas, or physical pain. When there is congested energy in the chakras, it can produce physical discomfort or illness in the organs located in the area of the congested chakra.
But chakra are not only physical, since ancient times, they have been considered as the main points of exchange between mind, body and soul.
Each chakra, in addition to correspond to parts and functions of the physical body, is seen as influencing in specific ways the functioning of the mind, emotions and spiritual development.

The endocrine system is the master command center of the human body for the production and regulation of our hormones.  It comprises of a number of glands that produce the hormones, acting as chemical messengers, that are secreted into the bloodstream from particular organs to stimulate or inhibit physical processes. By adjusting the hormone levels, the endocrine system works to maintain the body in a state of optimum health.
There are 5 primary endocrine system regions in the body which are also chakra centers. They are the reproductive glands(gonads & ovaries), adrenals/pancreas(on top of the kidneys), thymus(high heart), thyroid & parathyroid(high throat) and the pineal/pituitary cluster(center of the brain).
Chakras also correspond to main nervous plexus located along the spine in the central nervous system.
These key nodal points are clusters of huge numbers of neurotransmittersʼ receptors. They are main centers of communication exchanged between the mind and body.
Through the nervous system, each chakra is connected to several organs and glands, so when energy is congested in the chakra, this communication can be altered and the functioning of the organs may be affected, and disease can occur.
Clearing the energy congested in the chakras will create a detoxification effect in the organs themselves at the physical level. 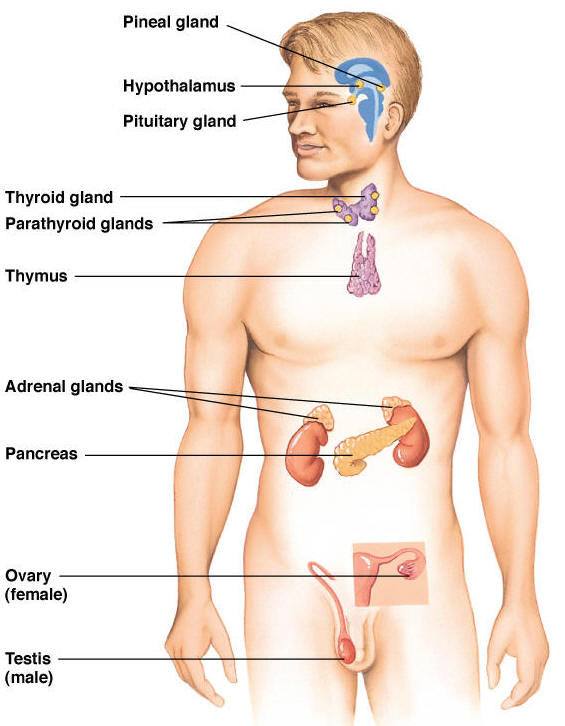